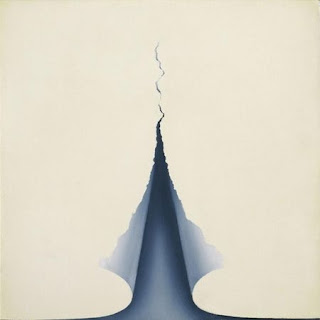 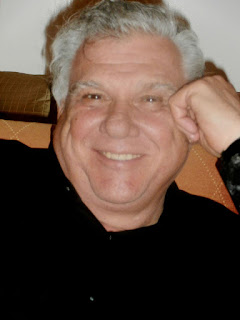 Takanori Herai's diaries appear at first sight to be composed entirely from abstract shapes but are in fact hieroglyphs, which at once record and disguise his daily activities. Geometric patterns of obscure meaning fill sheets of note paper, a bundle of nearly 1,000 sheets of which is loosely tied with a black string. According to the staff of the residential facility for people with intellectual disabilities where Herai lives, "The patterns are actually words. This is his diary." This diary is written on both sides of the paper, and aside from the dates and temperature for each day, the content is exactly the same. The words are written according to his own rules with a rhythmical compositian, and evry day a new page is added to the bundle. Before the staff of the facility took notice, Herai had been engaged in this solitary mode of expression for more than 10 years, but his drawings were discarded.

Timothy Dexter - Punctuation page from A Pickle for the Knowing Ones 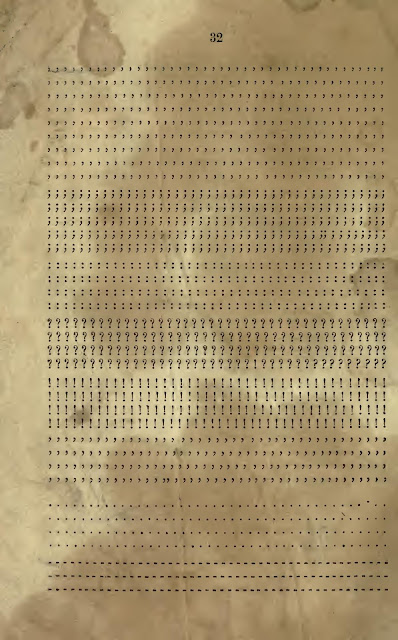 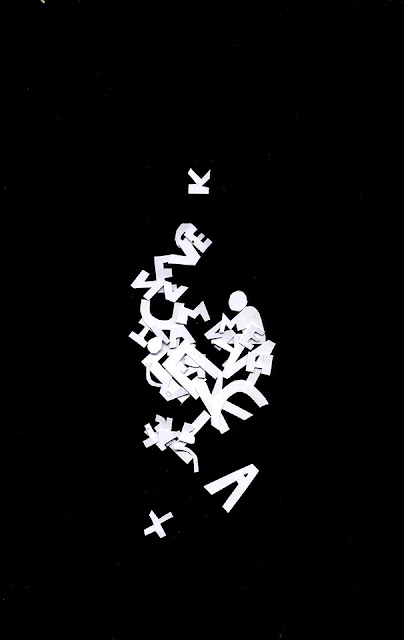 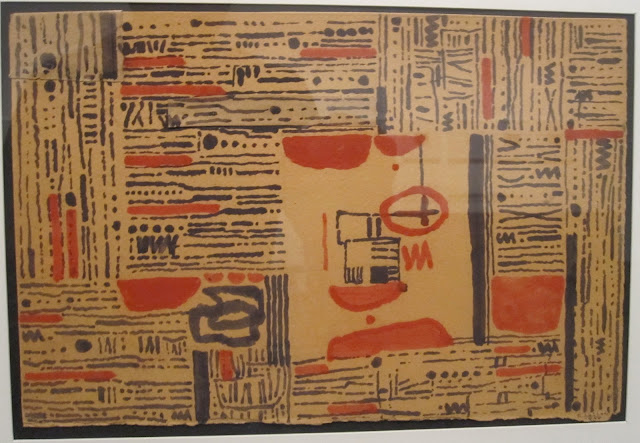